There is a monster in all of us. 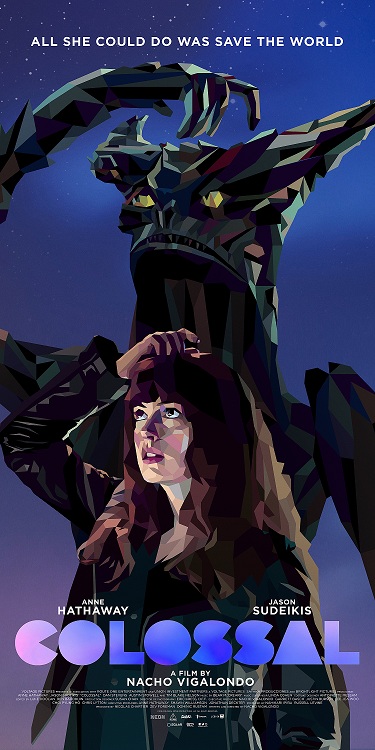 The exciting fusion of science fiction, romance, and comedy movie tells the story of Gloria (Anne Hathaway), an out-of-work girl who, after getting kicked out of her apartment by her boyfriend, is forced to leave her life in New York and move back to her hometown. When news reports surface that a giant creature is destroying Seoul, South Korea, Gloria gradually comes to the realization that she is somehow connected to this far-off phenomenon. As events begin to spin out of control, Gloria must determine why her seemingly insignificant existence has such a colossal effect on the fate of the world.

Varied reviews of the movie are aplenty but the best ones clearly stood out. Rated 4 out of 5 stars by Rotten Tomatoes, Peter Travers of Rolling Stone commented: “Nacho Vigalondo's giant-creature-run-amuck fantasy is a brilliantly bizarre satire of gender politics, featuring Anne Hathaway in a funny, fierce, fully committed performance that demands to be seen.” Ann Hornaday of the Washington Post also commented: “In this observant, entertaining, wildly imaginative movie, just about everything has more than one meaning.”

COLOSSAL is showing in cinemas starting May 17, 2017. Don’t miss out and join the conversation at #SheIsColossal and #ColossalSolarPictures.