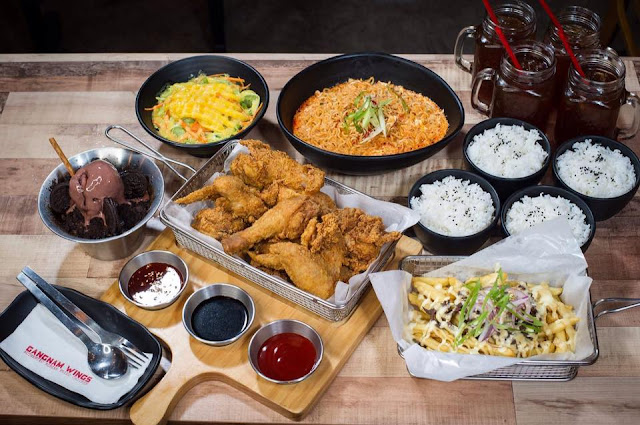 Along with the media launch of the Korean restobar, they also held the "Lord of the Wings" Challenge where three big-stomach foodies had competed to eat a kilo of chicken wings within five minutes. 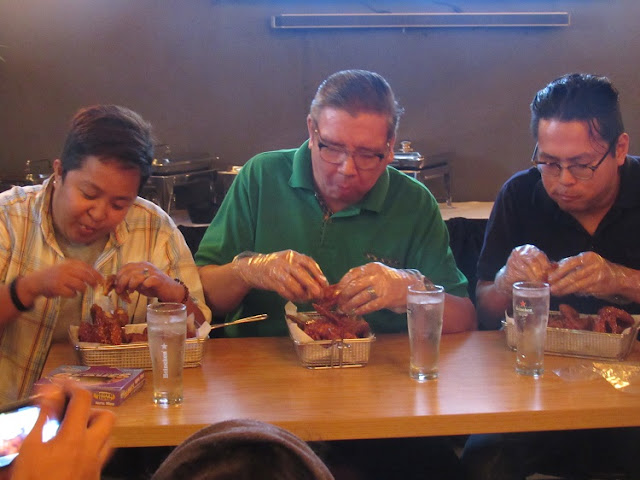 They also conducted the ‘Battle of the Wings” where there are two sets of five blind-folded customers to choose their preferred chicken wings labelled BRAND A and BRAND B as they do the taste test.  As a result, eight out of ten people chose Brand A which was later on revealed as Gangnam Wings.

Gangnam Wings aim to distinguish itself from the wide choice of chicken dishes offered by the competing chicken joints by using the company’s proprietary double-frying and hand-brushing techniques that gives a distinct taste to their food. 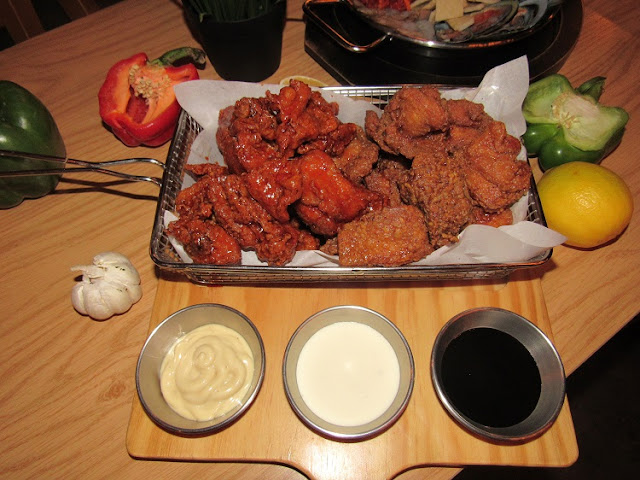 They also offer a wide selection of authentic Korean dishes and fusion to meet the taste of every Filipino like Yangpa Bomb, Kimchi Fries, Japchae Noodles, Budae JJigae and a unique range of fruit-infused Soju cocktails and Bingsu desserts. 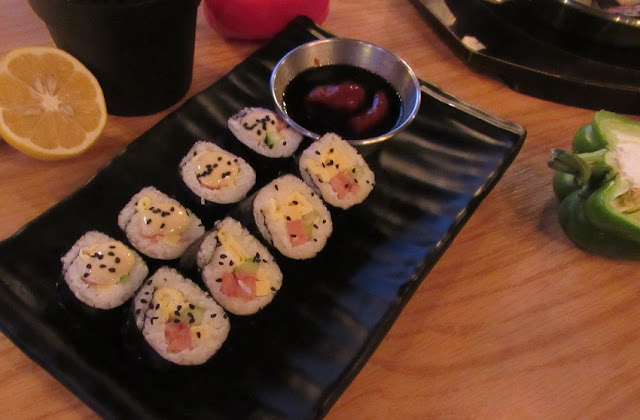 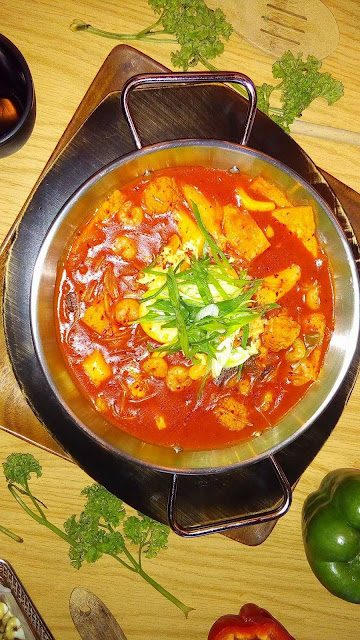 The Gangnam Wings Restobar in SM Megamall was creatively designed as they put grills in its interior with lots of artificial plants lit warmly so as to make it look more warm and cozy that will enhance the dining experience of each customers.

According to Ms. Jennie Villanueva, Marketing Manager of Gangnam Wings, their product line is an influence of authentic Korean cuisine with a little bit of Western fusion which makes it a unique combo that Filipinos, being food lovers, will truly enjoy. She also mentioned that there is more to the finger heart sign Koreans are mostly accustomed to, that we know, as it is not just about the tip of the thumb and forefinger that represents the heart, rather it is the whole hand gesture that puts emphasis on the actual heart shape, and it symbolizes their sincerity as a company to provide the love for Korean food authenticity, good food, good service. 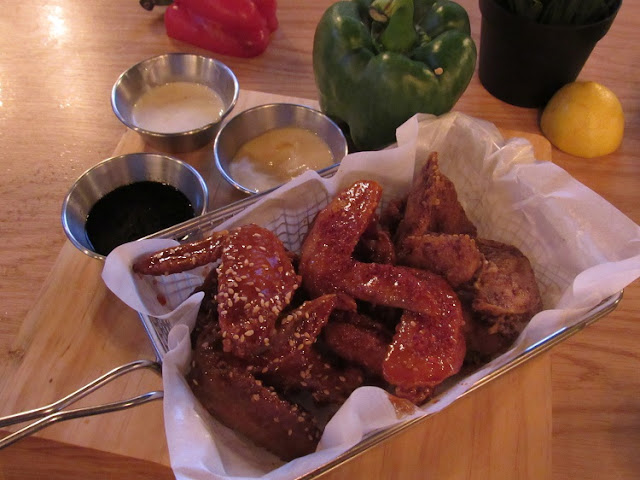 "We're just eight months old. It was December 8, 2016 when Gangnam Wings was first opened. The concept came from Singapore and we did the business development. We went to Korea, specifically in Gangnam District where you can see lots of chicken businesses. This (the GW branch in SM Megamall) is our pioneer branch and we’re looking forward to expand GW branches in Mall of Asia, Iloilo, and Pampanga in the coming years," Mr. Rinky Tuano, President-CEO of Gangnam Wings says.
Posted by Congeniality Tess at 9.10.17