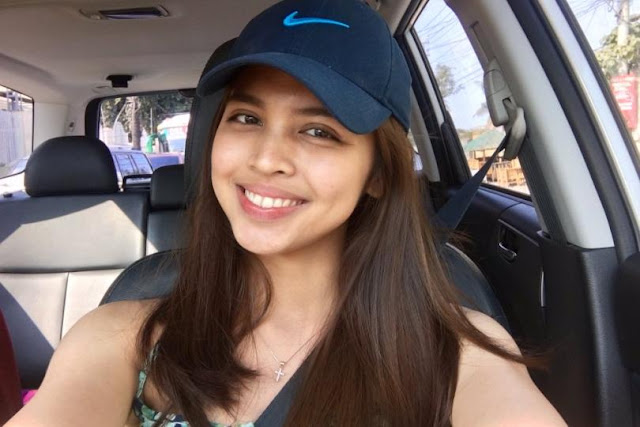 Hints of Maine’s signing first hit the web after Universal Records posted a teaser photo of a ‘mystery girl’ wearing a leather jacket bearing the word Universal on it. Fans were quick to catch on, as #MaineForUniversalRecords became the #1 Trending Topic on Twitter in the Philippines and Worldwide not long after the teaser was posted. 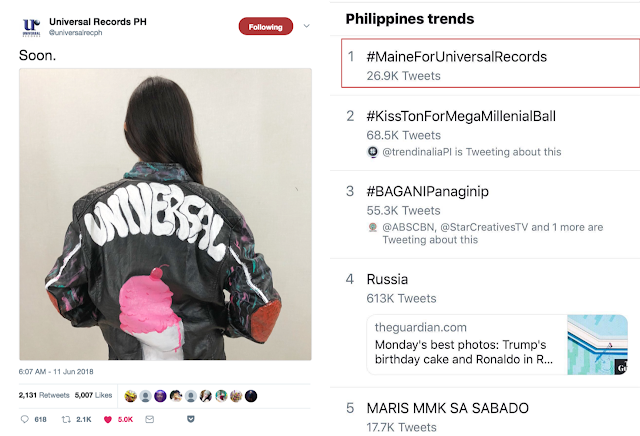 The mystery girl was finally shown to be non-other than Maine herself on June 22, as posted through a Big Reveal video, further exciting her fans.

Signing with Universal Records is just the latest accolade for the 23 year-old star, as she celebrates her third anniversary in show business. Rising to stardom after being introduced as Yaya Dub on the hit noontime show Eat Bulaga, Maine has amassed a number of endorsements, TV shows, box-office hits, and a best-selling book. Now, Maine is more than ready to trade in her dubsmash skills to pursue a recording career, adding to her many talents.

Talking about Maine’s signing, Kathleen Dy-Go, General Manager of Universal Records says “We’re very happy to welcome Maine into the Universal Records family, and very excited to be working with her for her upcoming projects.”

Stay tuned for Maine's debut single under Universal Records this 2018.

Posted by Congeniality Tess at 7.7.18