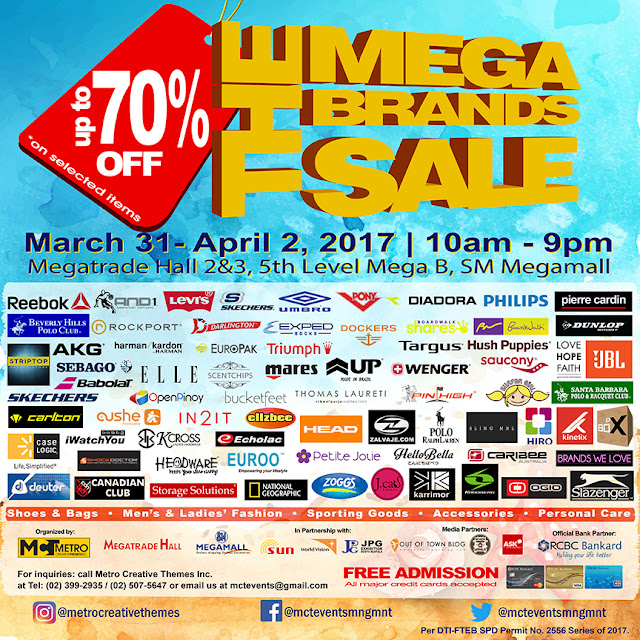 The said activity is the first leg of the four (4) series of the sale events slated in Megatrade Hall this year.

Shoppers will enjoy up to 70% discounts from participating brands like Reebok, Hush Puppies & Sebago, Levis & Dockers, Caselogic, Philips, Targus and many more.  Customers will also enjoy great finds on great selections of shoes, bags, accessories, men’s and ladies fashion, and personal care just in time for the summer vacation.

RCBC Bankard, the bank partner of MCTI for this event, offers its credit cardholders with 0% interest for up to 12 months.  Special giveaways and freebies will also be given for those who will sign up for the credit card during the event.

The event is free admission to the public and all major credit cards are accepted.

Special thanks to our media partners: WhenInManila.com, OutofTownBlog, Ask by Flow Galindez and Congeniality Tess blog.

You may also follow us through our social media sites: Facebook/Twitter/Instagram: @mcteventsmngmnt

Posted by Congeniality Tess at 29.3.17 No comments:

Shopping online is now the in thing since majority of Filipinos has internet access from virtually everywhere. Retail therapy (shopping) is becoming a trend among many women and the shopping all starts with just a click of a button on online stores.

We can’t deny that the digital age has changed the landscape of how we shop today through online shopping. It’s the most easiest and convenient way to purchase things where most people are busy with more important stuff. And to make online shopping a happy experience online stores or online entrepreneurs must have a reliable courier service and this is where ZOOM Courier is valuable. 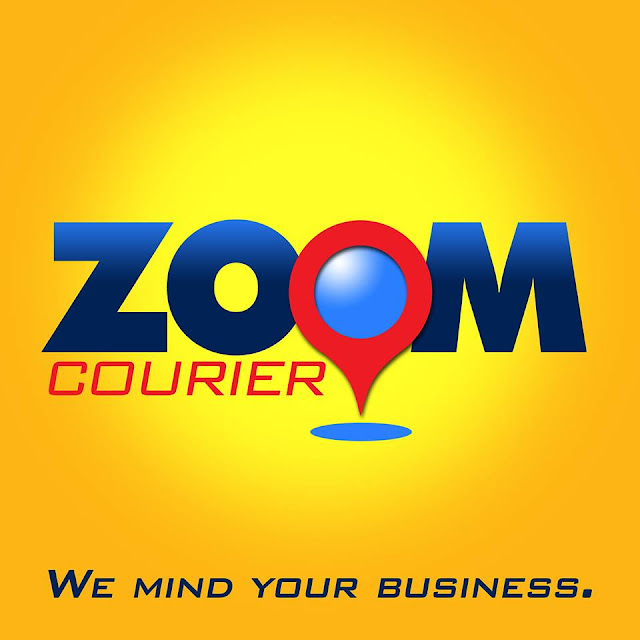 Zoom Courier VERSUS other courier services: Why choose ZOOM Courier Philippines for your online shopping business-

Yes, there are popular couriers in the Philippines with such huge brand names but in reality the sad truth still exist that online shoppers are not totally satisfied with these couriers. And these are among the issues they complain about their delivery service:

😠 mishandled merchandise- imagine ordering a body cologne or shampoo online and upon opening your package the cologne or shampoo is spilling all over inside the package. At ZOOM COURIER they will make sure that each package or parcel is handled with utmost care ensuring sender and addressee will get their items in good condition.

😠 delayed deliveries- this is the most common problem in ordering online. Even if the online shop or online seller partnered with a ‘big’ name courier the tendency of delayed delivery is always there. Why? One of the reason might be that these popular courier services have subcon companies or individuals that do the delivery for them. Unlike zoom courier, that has an employed delivery personnel ZOOM can directly monitor each delivery. Amazingly, ZOOM has more than 50 riders (and will be adding more) strategically located within Metro Manila.

😠 hidden or additional charges- sometimes online sellers or even buyers encounter having to pay extra for their delivery charges. But with zoom courier whatever amount is charged that is the only amount a customer will pay with no additional charges.

😠 no pick-ups- most delivery service companies would require shipper to bring their parcel/package at a certain location but with zoom courier they’ll be happy to pick-up the items that you will ship from your location with no extra charge- yes no charge at all. That’s total convenience.


Getting to know ZOOM Courier PH

Zoom Courier or Zoom Celero Couriers Inc. was established last February 2016 by people who are experts in the courier service industry and technology.

Their primary objective is to provide the highest quality of service in terms of door–to-door pick-up and delivery of documents, packages, and larger shipment of products across the country at the fastest time possible, at an affordable price.

For online businesses or individual retailer or seller Zoom can be easily integrated into any e-commerce platform. Zoom Courier is a reliable, competitive, and effective courier service company. 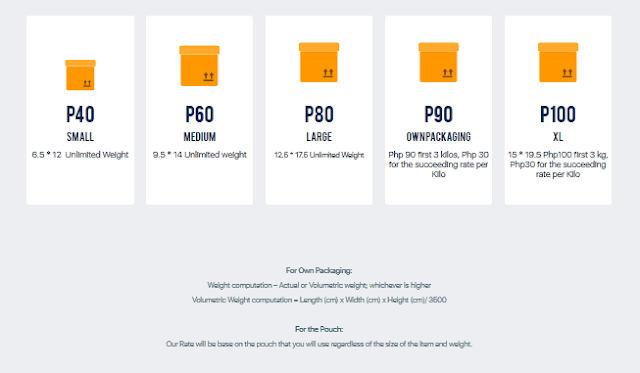 Learn how ZOOM could make doing business online so easy. Visit the ZOOM Courier Official website or better get some updates on Zoom Courier Facebook page 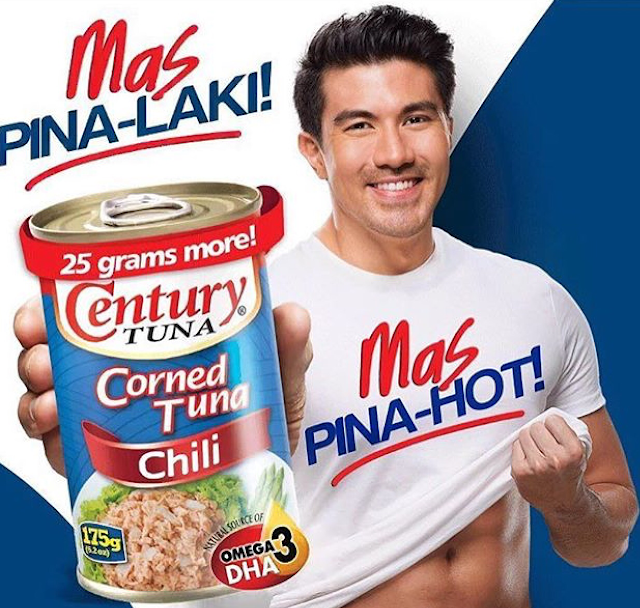 As Century Tuna introduces its new and improved Chili Corned Tuna – Mas-Pinalaki, Mas-Pina-Hot! but at the same price — It’s no surprise that Luis Manzano has been tapped as the brand’s newest endorser, with the latest Century Tuna TVC – one that is appropriately fun and humorous, showing him in the middle of a shoot — airing on television now.

“Consumers of Century Corned Tuna put a premium on value for money and that’s why we’ve introduced this new variant that’s bigger and allows for more servings or sharing per can with a hotter flavor that’s loved by many,” shares Greg Banzon, Century Pacific Food Inc. VP and General Manager. “To introduce this new variant, we’re excited to welcome Luis Manzano as the newest member of the Century Tuna family. His versatility, lively and fun personality makes him an obvious choice for the brand.” 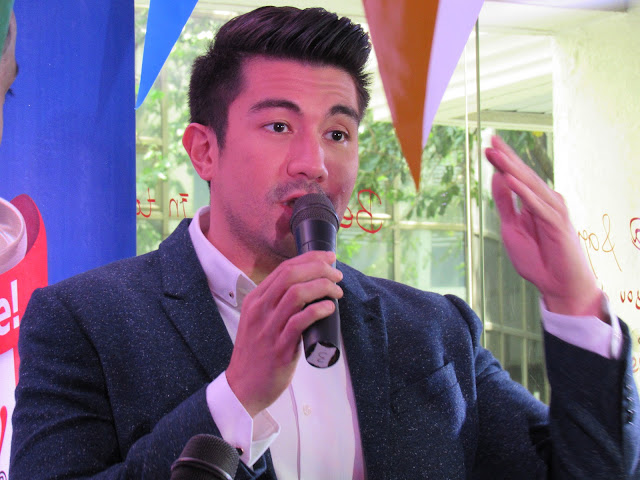 Coming from showbiz royalty, Luis Manzano has managed to successfully carve a name for himself in the entertainment industry, both in the big and small screen. As a versatile actor, he has appeared in a string of box-office hits straddling both comedy and drama. In the television realm where he’s a highly-talented host of top-rating TV game shows, his wit, sense of humor, and instant rapport with contestants and the audience cannot be denied, earning him awards and a legion of loyal fans and followers.

And in case you haven’t noticed, Luis is also a fitness buff, with his buffed bod, chiseled abs, and an over-all robust physique. With all these fun and wholesome attributes and more, Luis is truly a perfect fit for Century Corned Tuna which is now Bigger and Hotter! 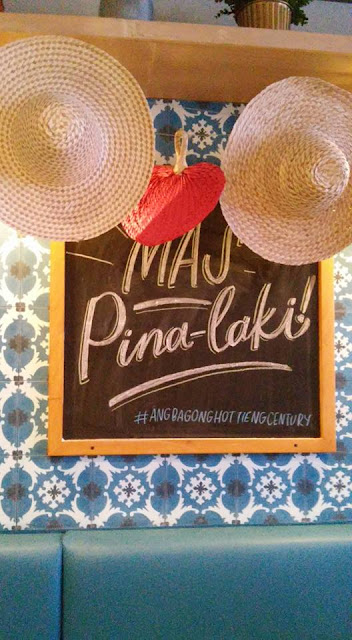 Bigger – because it comes with 25 more grams at the same suggested retail price! Hotter – because of its new and improved flavor that’s yummier and spicier! 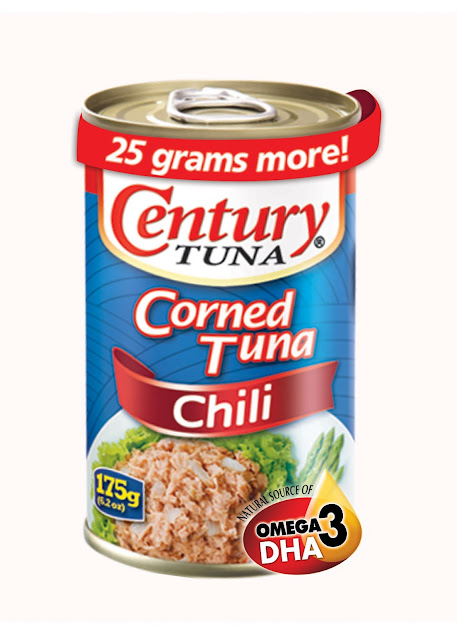 And as with all Century Tuna variants, you can be assured of only the best quality tuna that is high in protein, low in fat, and fortified with Omega 3 and DHA. 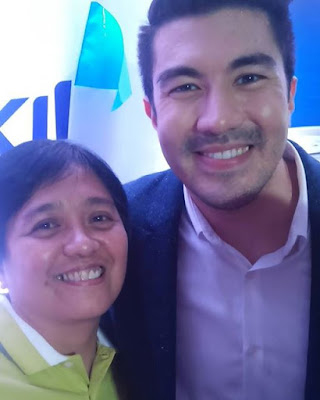 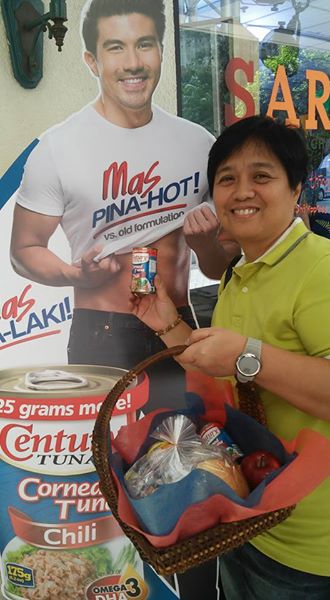 Posted by Congeniality Tess at 12.3.17 No comments:

Mandaluyong, Philippines, 8 March 2017 at EDSA Shangri-la Hotel, a media event to discuss what breakthrough cancer pain is being facilitated by top medical practitioners that could provide some light about this type of pain.

Sharing their expertise on the topics were Dr. Dolma Santos, member of the Board of Directors of the Pain Society of the Philippines and Professor Michael Uberall, a renowned and widely published physician in the Pain and Palliative Care with over 600 scientific lectures and more than 100 original papers in this field. Prof Uberall is also the Medical Director of the Institute for Neurological Sciences in Nuernberg Germany and the President of the German Pain League.

“According to the Philippine Cancer Facts & Estimates, there will be 6 million people worldwide and 200,000 Filipinos who will suffer from cancer pain, majority of which are not satisfactorily relieved in spite of availability of well-established, simple and cost-effective methods for cancer pain relief” – Dr Dolma.

Breakthrough cancer pain is characterized by a sudden onset of pain that reaches peak intensity within as little as 3 minutes and lasts for an average of 30 minutes. Patients with cancer have around 4 episodes of Breakthrough Cancer Pain in a day.

Breakthrough Cancer Pain is a common problem among cancer patients and is also known to have a severe detrimental impact on quality of life (QoL), including daily functioning, social relationships and enjoyment of life. Furthermore, a number of studies have reported that a large proportion of patients with BTcP feel dissatisfied with their pain control. Thus, there is a need for effective treatments for relief of BTcP as current treatments do not adequately address BTcP.

Now, cancer patients who suffer from Breakthrough Cancer Pain do not have to miss those special moments in their live due to availability of modern and practical treatment that can be prescribed to relief this specific type of pain.

If you or your any of your loved ones are suffering from Breakthrough Cancer Pain, consult your doctor.
Posted by Congeniality Tess at 11.3.17 No comments: