The all-new PRISON BREAK returns exclusively on 2nd Avenue
PRISON BREAK is back and ready for its biggest escape yet.

In the new event series PRISON BREAK, original series stars Wentworth Miller, Dominic Purcell, Sarah Wayne Callies, Amaury Nolasco, Robert Knepper, Rockmond Dunbar, and Paul Adelstein are reunited for an all-new adventure spanning the globe and featuring the signature thrills and cliffhangers that were hallmarks of the original series when it aired from 2005-2009. 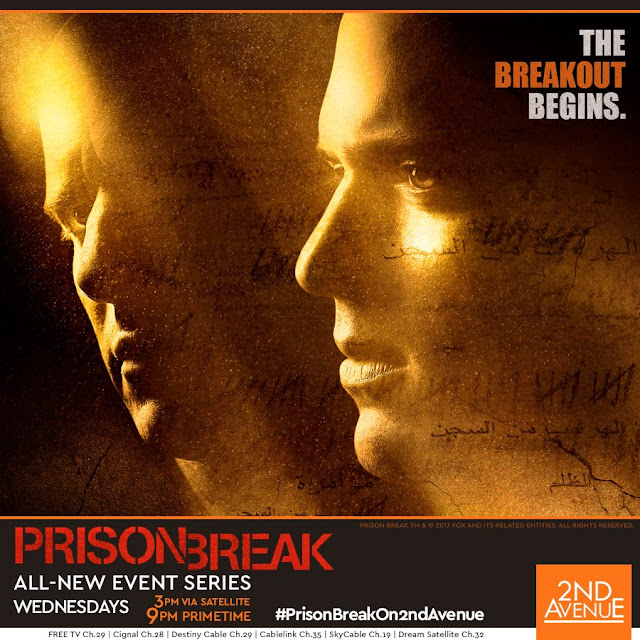 In the new series, filmed on location in Morocco, clues surface that suggest a previously thought-to-be-dead Michael may be alive. Lincoln and Sara (Sarah Wayne Callies, Colony, The Walking Dead), Michael’s wife until he was presumed dead, reunite to engineer the biggest escape ever, as three of Fox River State Penitentiary’s most notorious escapees, Sucre (Nolasco, Telenovela), T-Bag (Knepper, Heroes) and C-Note (Dunbar, The Mentalist), are pulled back into the action. 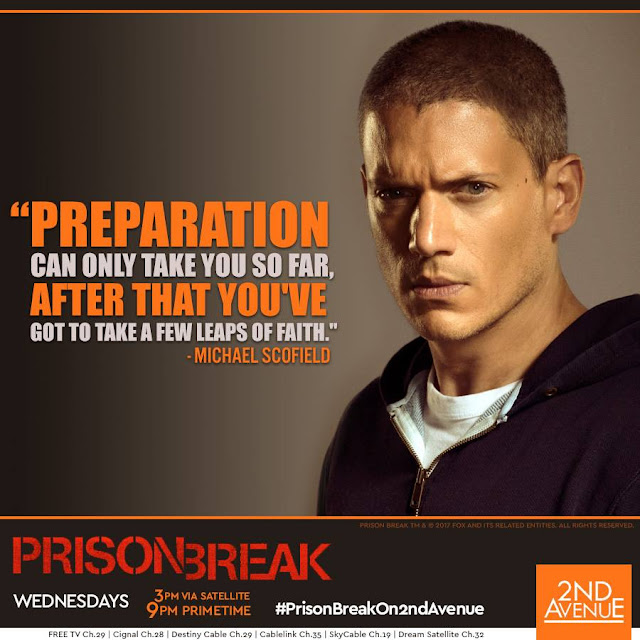 Don’t miss the premiere of PRISON BREAK on April 5, Wednesday via satellite at 3 PM and primetime at 9 PM. Join the conversation at #PrisonBreakOn2ndAvenue. Check out 2nd Avenue on http://2ndavenue.ph/, www.facebook.com/2ndAvenue, follow us on Twitter via @2nd_Avenue and on Instagram via @2ndavenuetv. 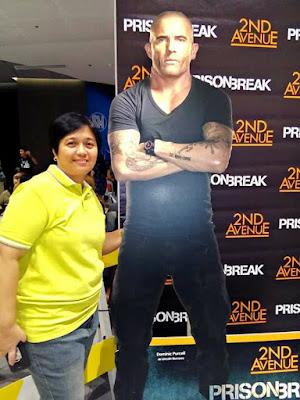 Solar Entertainment Corporation is the largest content provider and channel operator in Southeast Asia. It is committed to elevating the network to a global standard and maintaining Solar as a leader and innovator in the industry. Until today, Solar continues to widen its programming to meet the demands of emerging audiences.

Posted by Congeniality Tess at 4.4.17