MANILA, October 25, 2017 – The Philippines’ job satisfaction level dropped from 5.25 in 2016 to its current rating of 4.97 on a 10-point scale. According to JobStreet.com’s 2017 Job Happiness Index, the key factors associated with unhappiness at work are lack of career development and training opportunities, as well as the management style of a company’s leadership team. 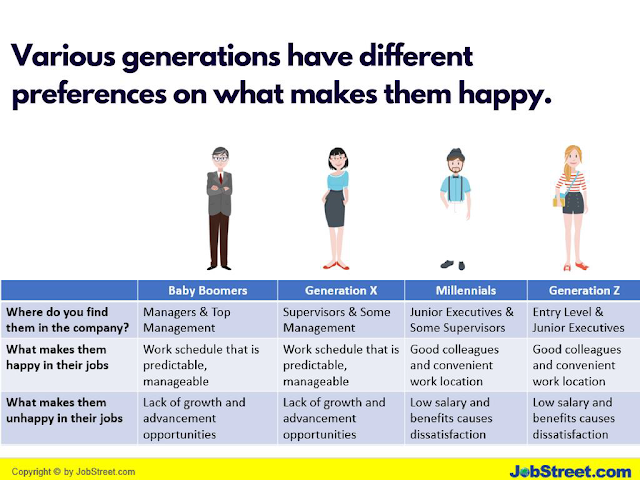 JobStreet.com surveyed 9,326 Philippine respondents from July 31 to August 31, 2017. The respondents were from different position levels (predominantly junior executives and supervisors) and represented a diverse mix of specializations. Fifty-six percent of respondents came from the National Capital Region, 12% from Southern Tagalog, 7% from overseas, 6% from Central Luzon, and 5% from Cebu City/Province. 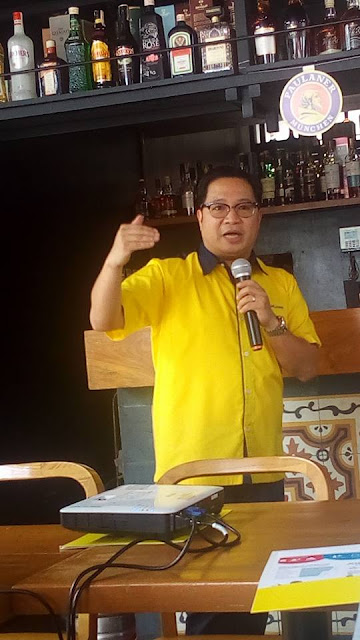 “More and more Filipinos are looking for career development. They want to move forward in their chosen fields, but the lack of career development and training opportunities in their current companies seem to hold them back,” jobStreet.com Country Manager Philip Gioca said.

When respondents were asked what will make them happier in the next six months, 33% said a salary increase would help, but 23% wish to resign and get a new job.

Colleagues and work location make Filipinos happy at work
The respondents who said they were happy cited colleagues, work location, and company reputation as the top three drivers of workplace satisfaction. This is largely true across all demographics. 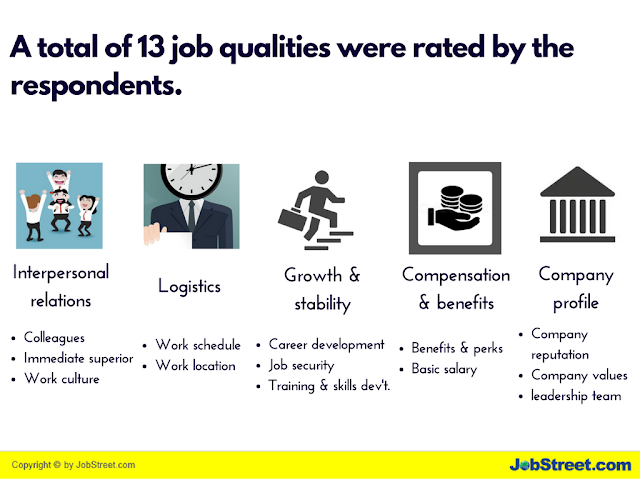 Baby Boomers are the happiest

According to the study, in terms of generations, baby boomers, or those born before 1960, are the happiest at 5.63, followed by the those belonging to Generation Z at 5.10.

The same can be said in terms of position level, where the top executives or the more established segment of the workforce, which are expectedly populated by the baby boomers, as well as the Fresh Graduates, have the highest happiness score.

Generation Xers barely managed to score above neutral at 5, while millennials, who compose the majority of workplaces, are below neutral with an average of 4.9. 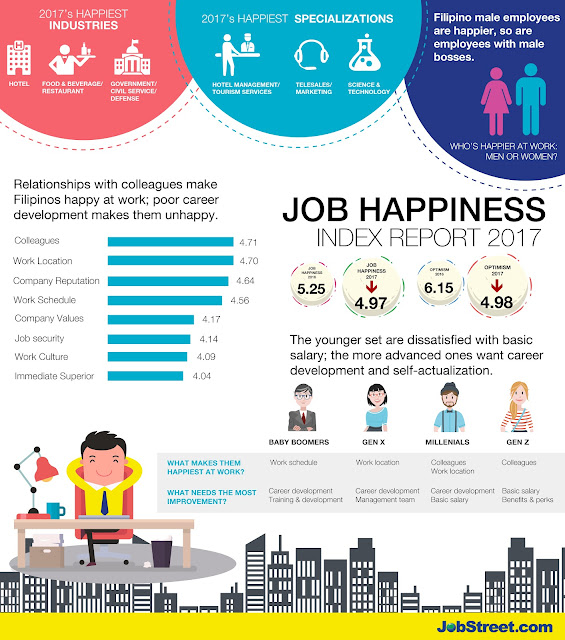 “The results of this study serve as a wake-up call for companies who wonder why there is such a high turnover rate. Career development, training opportunities, and the management style of the company’s leadership team are just some of the reasons why many Filipinos are unhappy in the workplace. It would be best if managers can get to the heart of why this is happening as each company’s DNA is unique,” Gioca added.

For more information about JobStreet.com and the 2017 Job Happiness Index, please visit the website at http://wwww.jobstreet.com.ph.