The best-selling rhum worldwide has a specialty store at the lobby of the Century Park Hotel in Manila. The Tanduay Store is an exciting hub for the brand’s fans who can avail of limited edition items including the CLX Limited Edition Rhum, a premium craft spirit extracted from a special batch of aged rhum reserves, also known as ‘The Chairman’s Reserves’. Released in 2014, the rhum’s first bottle to be produced from the batch was presented to Chairman Dr. Lucio Tan as Tanduay celebrated its 160th founding anniversary, with the Roman numerals CLX representing the number of years of the brand’s existence.

Lucio "Bong" Tan, Jr. is the visionary and brains behind the innovations in Tanduay, such as the Tanduay novelty store at the Century Hotel.

Other premium and exclusive items that are available at the Tanduay Store are Tanduay Asian Rum, Tanduay 1854 (Tanduay Blue), Tanduay Superior (Tanduay Black) and Tanduay Dark (Bean bottle) with the latter two ranked equally as top-sellers. The store also carries a selection of high-end Tanduay branded novelty items like jackets, hoodies, travel bags, caps, pitchers, rum glasses, cocktail shakers and even USBs. This makes the store a must-visit, especially forbalikbayans who want to bring back a taste of home and fun souvenirs when they return to their country of destination. 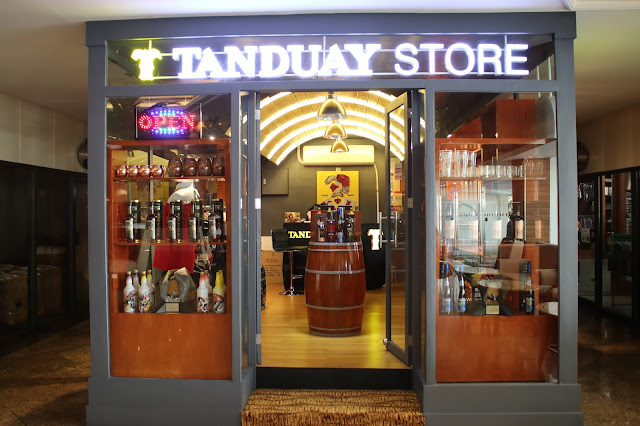 Paul Lim, VP for Marketing of Tanduay, talks about the love developed by the Filipinos for Tanduay over the years. “We are thankful for the support that we have received, which has allowed us to be the number one brand through the years. The Tanduay store at the Century Hotel is our way of making our products and brand accessories more accessible to the public,” said Lim.

According to Tanduay President Lucio “Bong” Tan Jr., the store is a preview to the company’s next project, which is to set up a Tanduay Musuem, to celebrate the brand’s heritage and its connection to Filipino culture. “This is in relation to our 165th anniversary next year. The museum will showcase not only our products but also the heart that we put into making each bottle of Tanduay that Filipinos enjoy as part of their own celebrations,” Tan revealed. 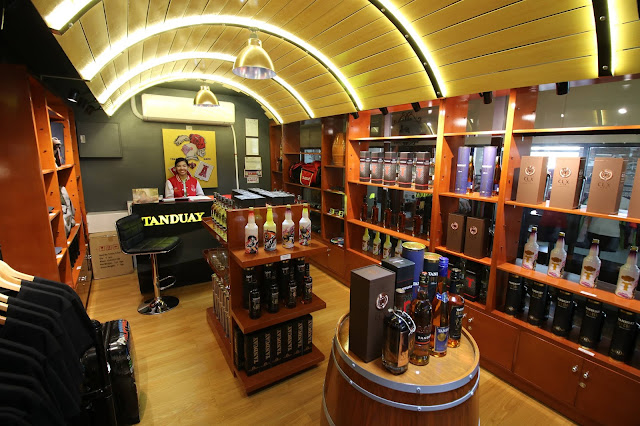